Paris has many faces; it is a city rich in culture, art, design, beauty, and history. Whether you’re waiting in line to see the Mona Lisa, attempting to get the ideal shot of the Eiffel Tower, looking for the best croissants, or simply wandering through Montmartre, Paris will undoubtedly captivate your heart.

Paris is regarded as the “City of Light,” but do you know why that is? This and many more surprising fascinating facts about Paris are revealed in this post, so keep reading!

You’ve probably heard people refer to Paris as the “City of Light,” but do you know why? There are two theories behind the moniker Paris. First, it explains how light in this context represents intellectuals. It is alluding to the city’s large concentration of writers, artists, and scholars, who have long been drawn to it. Another story recounts how Paris was one of the first European cities to introduce street lighting, earning it the moniker “City of Light.”

The Louvre is the largest art museum in the world.

The Louvre is the world’s biggest art gallery and museum, housing over 38,000 works of art, including the most renowned painting ever created, the Mona Lisa. The Louvre attracted 10.8 million visitors in 2018, making it the most visited gallery on the planet!

The Eiffel Tower is not Paris’s most visited monument.

Contrary to popular opinion, the Eiffel Tower is not Paris’ most visited monument! The Eiffel Tower is the fourth most valuable structure in Paris. The Notre-Dame Cathedral comes in top, followed by the Sacré-Coeur Basilica and the Louvre Museum. When in Paris, make sure to visit them all!

Did you know that there’s one dog for every 7 Parisians?

In Paris, there are more than 300,000 dogs. Dogs are unquestionably man’s best friend, but Parisians take it to a whole new level. In Paris, people sincerely care about their pets, spending nearly half a million dollars to ensure their dogs receive the greatest care possible; it’s not uncommon to see their owners treating their pups to a doggy spa session.

The most common mode of transportation for citizens in Paris is the city’s subterranean rail system, which is used by over 5 million people per day. It is Europe’s busiest underground network after Moscow.

Paris is the fashion capital, and the majority of well-known fashion brands are French (Chanel, Louis Vuitton, Dior, Jacquemus, you name it). Of course, they were the ones who came up with the military uniforms as well. The French were the first to deploy camouflage clothes in the military; the word “camouflage” roughly translates to “make up for the stage.”

The first “Bloody Mary” was created in Paris.

The renowned “Bloody Mary” cocktail was conceived at the Ritz Hotel in Paris. According to legend, this renowned cocktail was created for the famed novelist Ernest Hemingway! Hemingway asked for a drink that didn’t smell like alcohol, so he got vodka blended with tomato juice.

The French army is the only one in Europe that still employs carrier pigeons. These pigeons, which are kept at Mont Valérien near Paris, can be deployed to carry out broadcasts in the event of a severe disaster.

One of Paris’s strangest facts. This is a condition that is particularly common among Japanese travelers. The Japanese media frequently portrays Paris as the most romantic location in the world, and places model-like people all dressed up on the streets of Paris, giving Japanese a little erroneous impression of the city. As a result, when they arrive, they are frequently dissatisfied because the city falls short of their inflated expectations.

How Much Does Pewdiepie Make a Year? 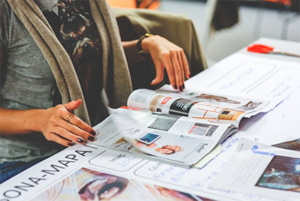 Brandlle is here for your Entertainment.

We post our own articles and repost other platform’s articles. We also Share Personal Opinions. Please do not post hateful comments. Love and respect for everyone

Any cookies that may not be particularly necessary for the website to function and is used specifically to collect user personal data via analytics, ads, other embedded contents are termed as non-necessary cookies. It is mandatory to procure user consent prior to running these cookies on your website.